Spirituality of my Birth Experiences

Some blogs I read have mentioned the recent Lamaze press release, New Data Show Connection Between Childbirth and Spirituality. After my second birth, I was introduced to The Gift of Giving Life, a blog that explores the spirituality of childbirth in depth, and focuses primarily on women who are Latter-day Saints like me. I kind of thought that I didn't really have spiritual birth experiences because I didn't write about my births in a spiritual context when I wrote my birth stories, but with some more thought, I recognized that there were things about both that were very spiritually significant for me, and I'd like to write about them here.

I don't think I realized it at the time, but it is likely that the Lord led me on my quest of knowledge during my first pregnancy. The motto for BYU, the church-owned university I attended, is "The glory of God is intelligence" (from D&C 93:36). I believe that my desire to find greater knowledge and truth about birth was directed by the Spirit, since all light and truth come from God. Looking at it now, it's hard to see how the Lord could not be involved in such a drastic transformation.

My first birth itself had some very spiritual moments. I remember feeling kind of sad after the epidural was in because it wasn't what I planned, though I realize that, under the circumstances, it was really a blessing that I could get the epidural and get some rest. I listened to my iPod after I got the epidural, and chose at that time to listen to a collection of instrumental arrangements of hymns by Lex De Azevedo. I remember the soothing music giving me peace and helping me sleep despite my conflicted feelings about the situation. Because the birth took place on a Saturday at a small hospital, we got our pick of the rooms on the floor, and chose the one with a great view of the Mt. Timpanogos Temple. There are large windows in the maternity rooms, and the drapes were open when I gave birth at 9:52 pm and the temple was all lit up. I looked at the window while I held my daughter on my belly with the cord still attached, the delivery lights in the darkened room lit us up in the glass, and the temple glowed on the other side. I think it will be very special to tell my daughter that she was born under the glow of the temple. 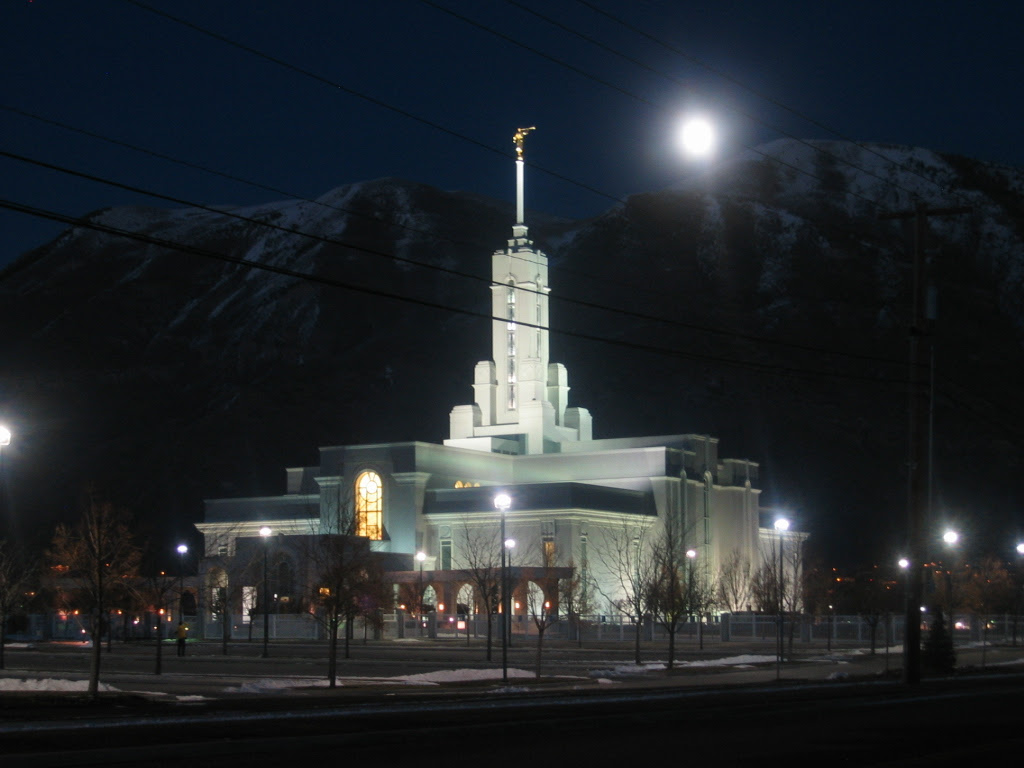 During my second pregnancy, I did some journaling, and in explaining why I wanted a natural birth, it came together to me that I feel that God designed the birth process with perfection, and that interference in the process causes trouble. I realized, while studying Hypnobabies, that the Lord has given us everything we need to create comfortable childbirth within our own minds and bodies. I found ways to tie the Hypnobabies philosophies in with my religious beliefs and even found some hymns that had the word "peace" (a cue used for comfort in Hypnobabies) in them. I thought it would be a nice option to have hymns to sing during my birthing time. I didn't end up doing that, but tying the hypnosis tools to a religious idea was good for me.

During my second birth, I did not think much about spiritual matters. I focused on listening to my Hypnobabies tracks and using my hypnosis techniques. For much of my first stage, I feel Hypnobabies helped the atmosphere be more reverent because it kept me calm. Second stage was very intense, but the sudden change from feeling overwhelmed by the intensity to the complete joy of having my baby in my hands and knowing I had done it was very similar to how some people describe spiritual events like conversion or repentance/forgiveness.

17 And it came to pass that as I was thus aracked with torment, while I was bharrowed up by the cmemory of my many sins, behold, I dremembered also to have heard my father prophesy unto the people concerning the coming of one Jesus Christ, a Son of God, to atone for the sins of the world.
18 Now, as my mind caught hold upon this thought, I cried within my heart: O Jesus, thou Son of God, ahave mercy on me, who am bin the cgall of bitterness, and am encircled about by the everlasting dchains of edeath.
19 And now, behold, when I thought this, I could remember my apains bno more; yea, I was harrowed up by the memory of my sins no more.
20 And oh, what ajoy, and what marvelous light I did behold; yea, my soul was filled with joy as exceeding as was my pain!
21 Yea, I say unto you, my son, that there could be nothing so exquisite and so bitter as were my pains. Yea, and again I say unto you, my son, that on the other hand, there can be nothing so exquisite and sweet as was my joy.
(Alma 36:17-20)

This passage from the Book of Mormon illustrates being "born again," which I think may be just as much like giving birth as it is like being born (the latter is something I'd like to explore more in a future post). I saw, in giving birth naturally, a metaphor for what it feels like when we allow Christ to take our burdens. Although I didn't recognize it at the time, this was something I learned a lot spiritually by experiencing.

I believe that all pregnancy and birth is spiritual. It involves working with God to bring a new soul into this life so that an individual can progress on the path to exaltation. It is the expanding of a family unit and, in the case of first births, it is the moment when people become parents. These are very spiritually significant things. I feel we can make birth more of a spiritual experience for us if we try, and I hope to do so even more with my future pregnancies and births.
Posted by Brittany at 5:20 PM